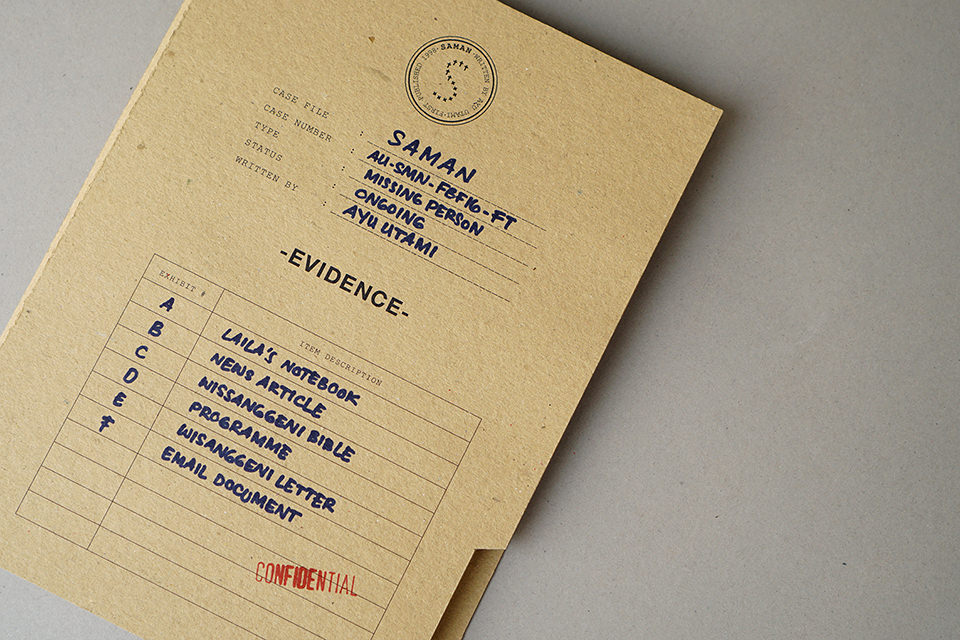 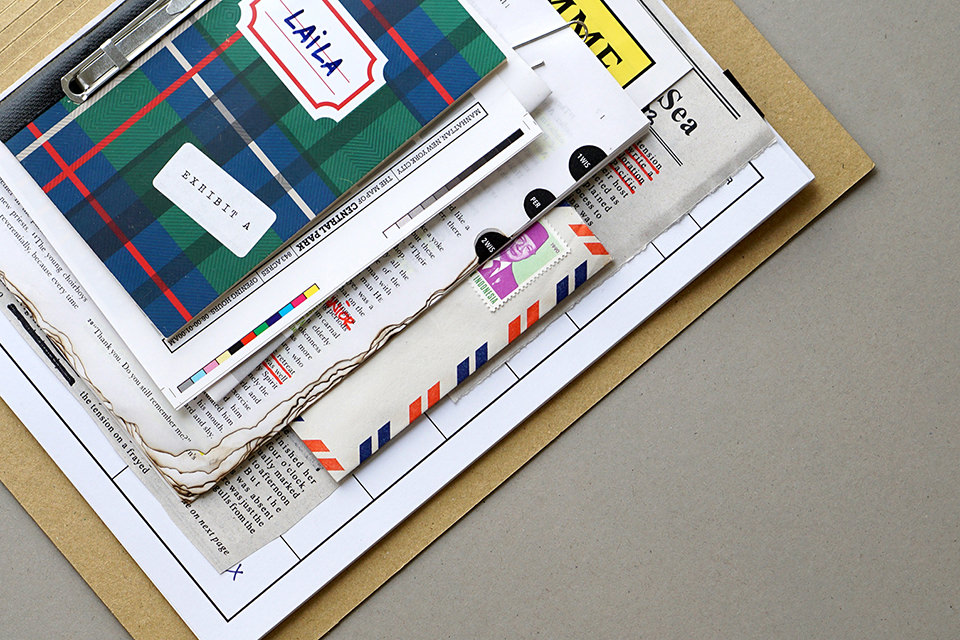 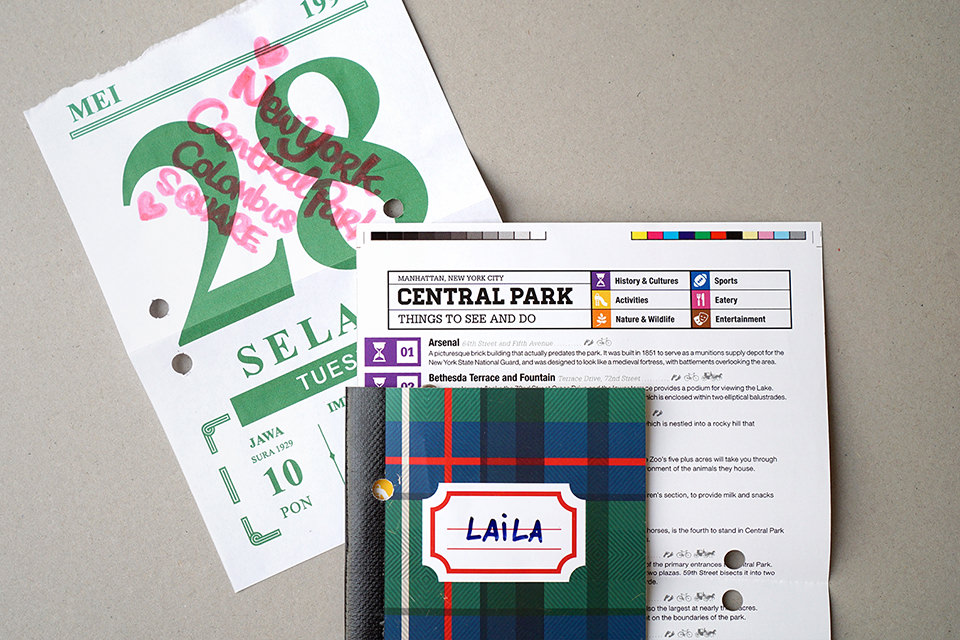 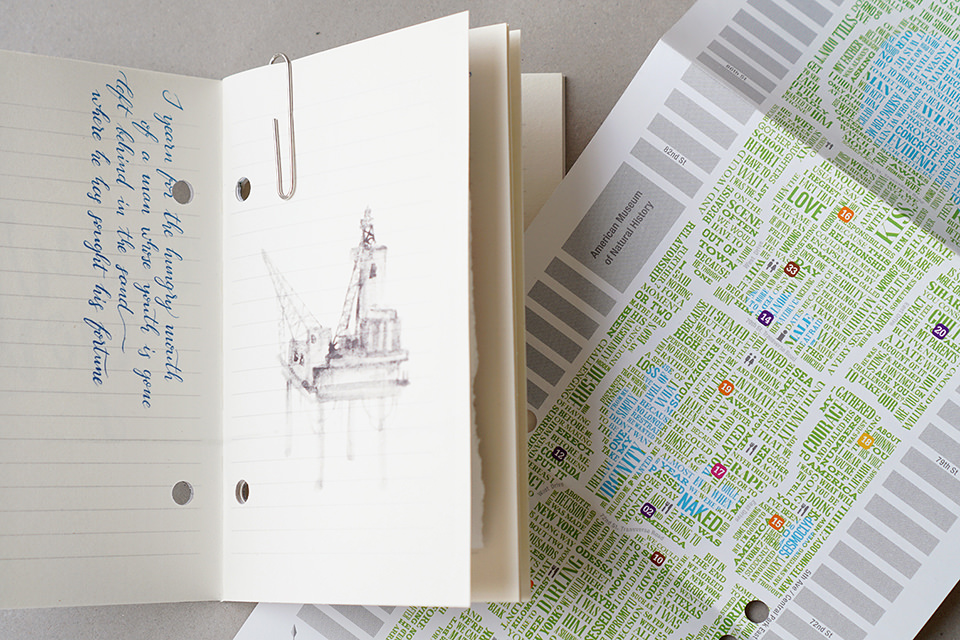 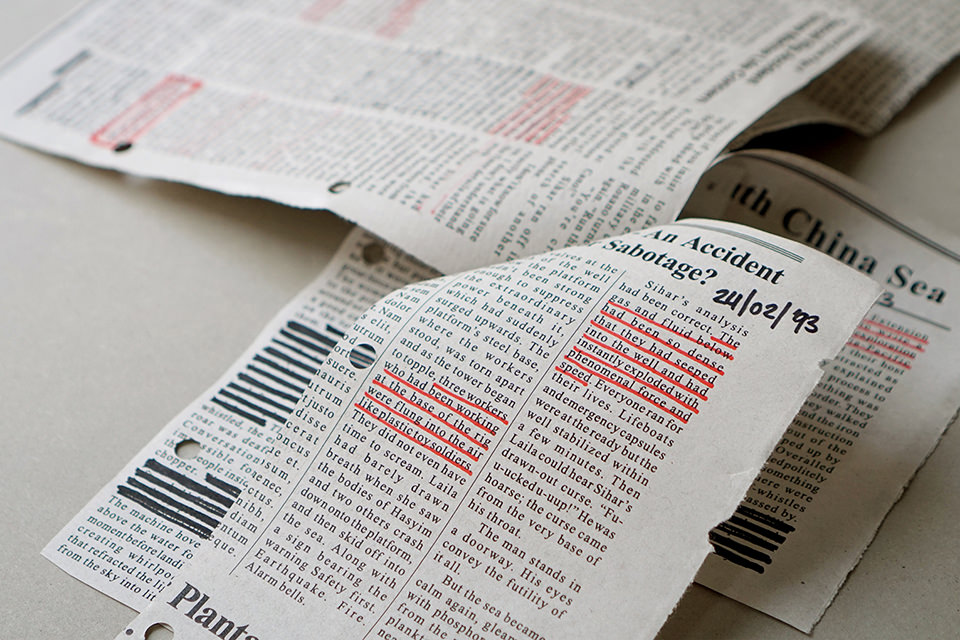 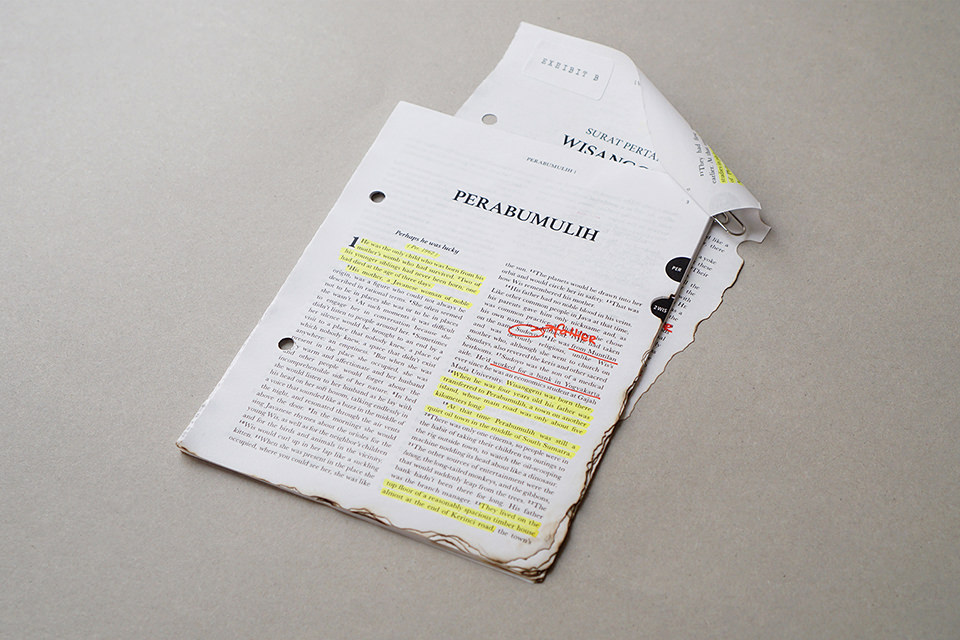 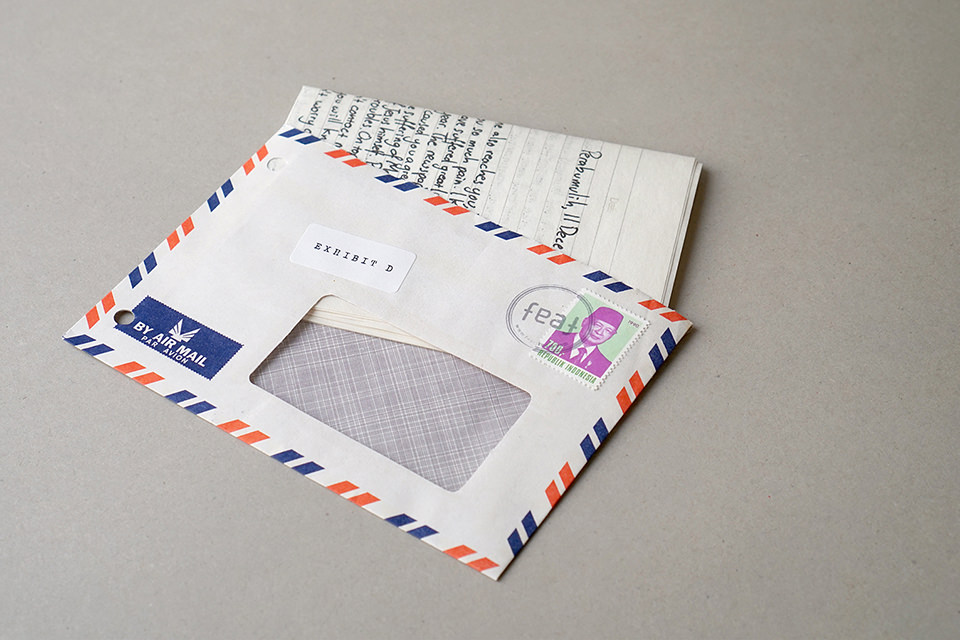 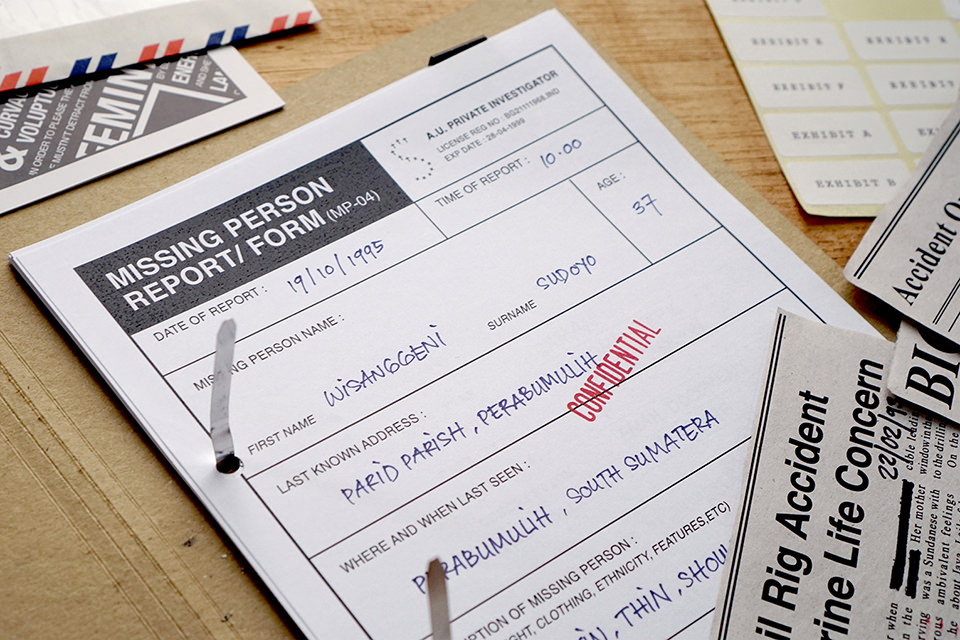 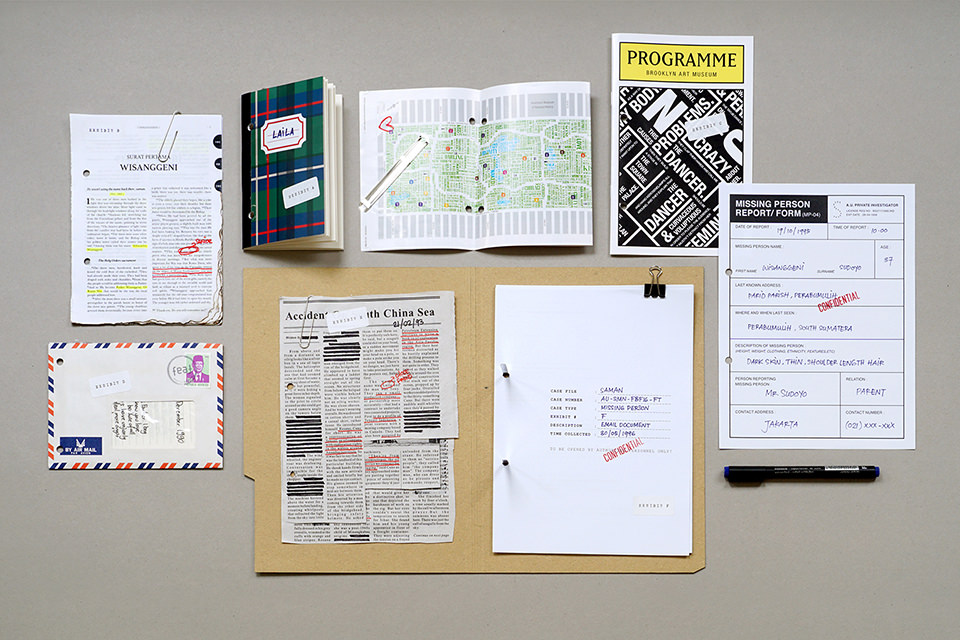 “Seeing Words” is a visual interpretation of selected Indonesian Authors that considers highly individual’s manifestations of language, dialogue, and words in contemporary visual artworks produced by members of The Indonesian Graphic Designers Association (ADGI). Throughout the exhibition words is denied its interpretive, or narrative function. Instead the works in the exhibition embrace language’s more permeable state: its elasticity, its penchant for questions, subtexts and double meanings. Exploring language’s limits and limitations the works in Seeing Words are often highly emotive; as visually translated from the literary works, they embrace questions of politics, sexuality, identity, race, and idealism.

We’re grateful to be part of the Seeing Words exhibition in Frankfurt Book fair 2016. We’re tasked with Ayu Utami’s novel, Saman, which story filtered through the lives of its feisty female protagonists and the enigmatic “hero” Saman. It is at once an expose of the oppression of plantation workers in Sumatra, a lyrical quest to understand the place of religion and spirituality in contemporary lives, a playful exploration of female sexuality and a story about love in all its guises. Inspired by the story and events depicted inside the novel, we feel that the best way to represent the novel’s complex structure and variety of points of view, is to present it as an investigation document. In this case a missing person investigation. We treat each chapter as trail of evidence from each character, that when combined together as a case document, will act as a visual companion to enhance the reading experience.

The exhibition of Seeing Words in Frankfurt Book Fair 2016 is collaboration between The Indonesian Graphic Designers Association (ADGI) and The Indonesian National Book Committee supported by Indonesia Ministry of Education & Culture alongside with BEKRAF (The Indonesian Agency for Creative Economy).